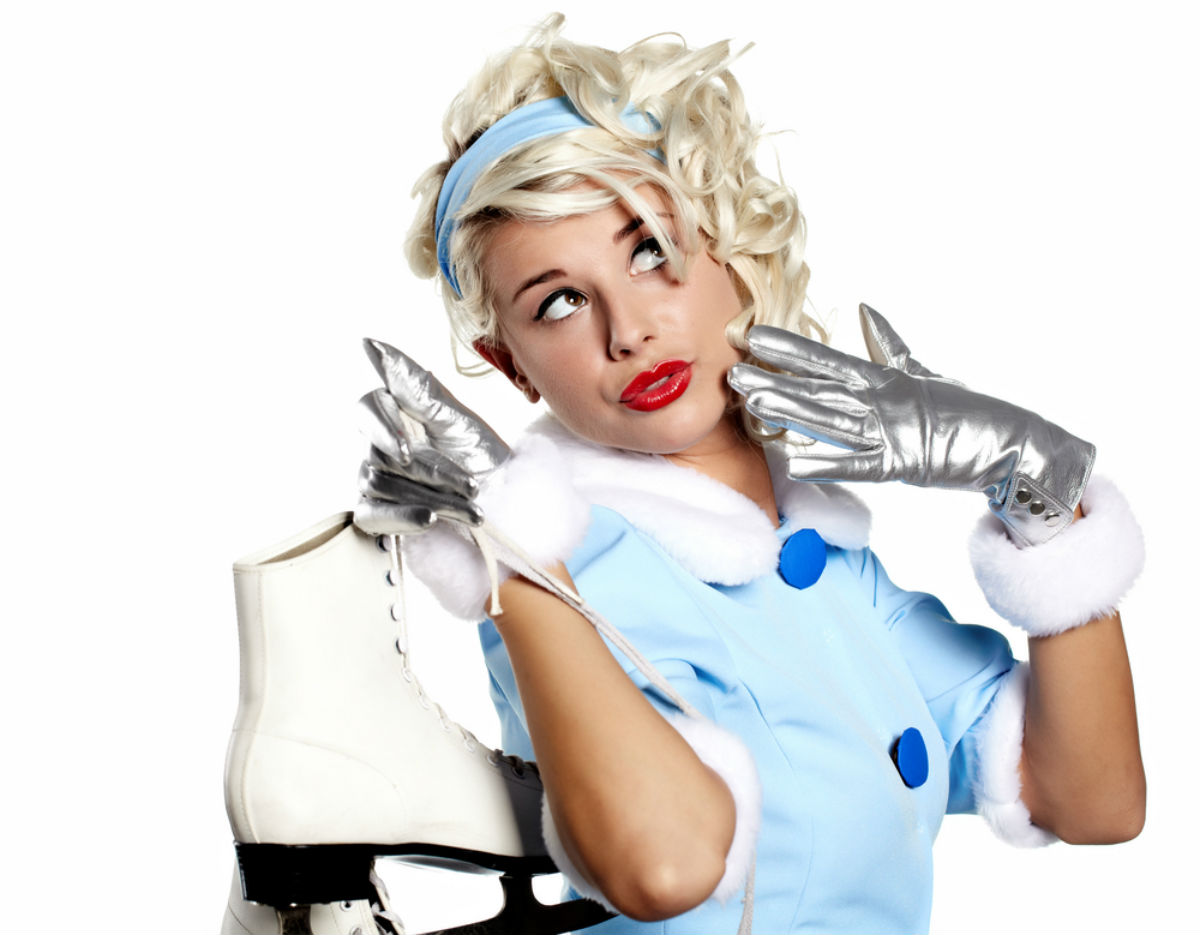 First of all let me just say goodbye Summer and Hello Fall because here in Illinois, Winter comes quick and with a vengeance. So to all our Pinkskate friends still enjoying your warm weather, please soak up some sun rays for me. Now that things have settled down a bit with the kids back to school and finally getting Pinkskate.com up and running, I’m happy to have this time to be blogging with you.

In recent days, the topic on my mind has been the issue of Sports and its influence on Fashion and in many ways we’ve all been affected by it whether we realize it or not. Sometimes, this influence is subtle and many times it’s overt and in our faces.  Let me just give my disclaimer now and say that I am not a fashion expert however, I’m just like you in that I am a consumer and I like to shop for trendy, practical clothing items for myself and family.

So as consumers, how then do we know what to buy in terms of the latest fashion trend and why is it appealing to us? The best way to answer that question is to examine the very thing we get bombarded with every day and that is none other than the world of Sports. If this were not true none of us would be familiar with what a Polo Shirt, Tank Top, or even a Sports Jacket is.

For example, Wikipedia explains that a Polo Shirt is also known as a golf shirt or a tennis shirt. Interestingly enough, both golf and tennis are two of the most popular sports world-wide. Although the Polo shirt is a very basic example, it’s still a good one because we’ve all worn a polo shirt at some point in our lives. However, if we started crunching the numbers of people who only wear Polo’s because they actually play golf or tennis we would find that involvement in the sport itself has absolutely nothing to do with wearing that particular item of clothing.

Let’s consider the sport of Rugby and at one time the famous designer Ralph Lauren had taken the concept of a very tough sport like Rugby and made a fashion icon out of the main article of clothing from that sport. He developed “Rugby Ralph Lauren”, a preppy line of apparel for both Men and Women. The clothing line and other goods including house wares, food and wines were introduced on the market in 2004 and did very well for a period of time however, it was in February of 2013 that the popular brand was discontinued by the iconic designer. Even if short lived Ralph Lauren did very well with the concept of Rugby meets fashion.

For the sake of time we won’t examine all the different clothing items influenced by sports but we can take a look at a few. These are items that many of us wear every day and not just because we actually play the sport or because we’re a fan of a particular sport but more importantly it’s because we have been shown the “Fashionable” side of the sport.

The following list is by no means an all-inclusive list but these are some of the most popular clothing items influenced by the world of sports:

–  Tank Top: Also referred to as an “A-shirt” with the A being short for Athletic, commonly worn in basketball and various track and field sports. It is also worthy to note that the tank top is one of the most popular clothing items worn by many people today.

–  Sweatpants:  Originally worn during athletic activities but are now one of the biggest and most popular fashionable clothing items on the market to date. Today they are commonly referred to as “Boyfriend Sweatpants” and are hugely popular with Brands like Forever 21 and Victoria Secret Pink.

–  Runner or Jogger Pants: The name says it all but now you can find various, fashionable styles of Runner / Jogger pants that are Unisex and mostly being worn by Men in fabrics like Corduroy, Blue Jean and Fleece.

–  Varsity Jackets /Letterman Jackets: College and High school students who earned sports or academic awards received a letter to be placed on their school jacket for their high achievement. For example, when a student makes his Varsity Football team, he would get a letter, usually a “V” and it would be placed on his jacket. Now you can find these types of Jackets in major name brand stores.

–  Yoga Pants: Yoga gained popularity from its Hindu origin of transforming the body through relaxation and meditation. The pants worn to participate in this historical practice were coined “Yoga Pants” and they have become extremely popular. They now come in trendy and colorful options that are super comfortable enough to wear for any casual occasion. Many women wear these cozy pants but never actually take part in the practice of Yoga. Yoga pants can be found in popular retail chains including Target, Walmart and JC Penny.

–  Baseball T Shirts: Traditionally worn by baseball players and now worn by most everyone. For serious baseball fans,  I recommend you check out this great brand called Routine Baseball at routinebaseball.com

–  Football Jersey Dresses: Not the most common article of clothing you will find in the stores however, this particular concept is gaining popularity as fashion designers like Tom Ford created a sparkling sequined jersey dress for the ever popular Beyonce who performed in the dress while on tour in Cologn Germany. As always, She- Looked- Fabulous!

You might be asking, so what’s your POINT?  My point is that you don’t have to be directly involved in a sport to appreciate the contribution that a particular sport has had on Fashion. We can take that concept a step further and say that when you wear a baseball t-shirt, that doesn’t  make you a “Baseball Player”. Maybe you like the sport or maybe you just like the awesome graphics that happen to be featured on that style of shirt. Bottom line, if the T-Shirt is attractive to you and you like it, then chances are you’ll probably wear it.

I love most all sports however, there’s one in particular that I’m passionate about and that is the sport of Figure Skating. This sport has a history just as rich if not more than all the sports we’ve discussed above.  It is through this rich history and its union with fashion that Pinkskate embraced the ideal of fashion for your passion. That is my ultimate goal, to bring awareness to an awesome sport that functions year round and takes center stage at every Winter Olympic game.

I understand that those who may get it the quickest are the people who are directly involved in the sport. However, one of the main ideas behind the Pinkskate brand is that you don’t have to be a figure skater to like or appreciate our apparel. The more important fact is that if you like quality apparel printed on eco-friendly cotton and you can appreciate a burnout t-shirt that looks great but feels even better, then you should try our Snowflake Burnout T-Shirt.

If you like trendy leggings and pants that are cool enough to rock a snowflake year round, just like the sport it represents, then you will appreciate the warmth and comfort of our Boyfriend Sweatpants that are so soft and cozy, you literally want to wear them all the time.  We really hope you embrace our unique snowflake logo that represents our desire to give you fashion for your passion. Thank you so much for stopping by the Pinkskate blog and as always, I want to leave you with the encouraging words to love yourself and love your sport.