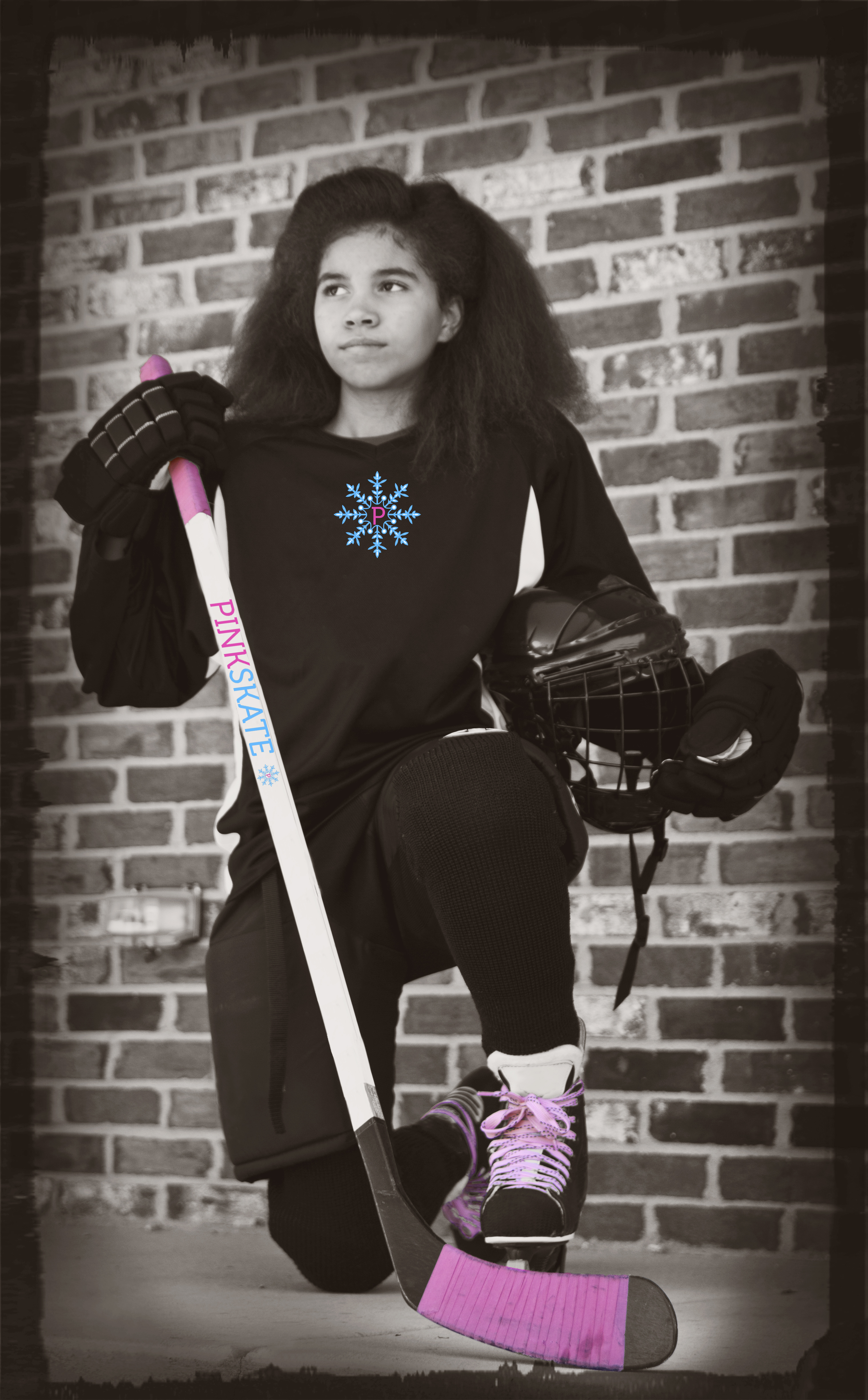 So how do we derive the term “Figure Skating Hockey Players”?

Well, this may actually be more common than you realize. For example, the Olympic Games recently hosted in Sochi, included athletes who competed in the Bobsleigh category when their primary sport is Track and Field. Aja Evans, Lauryn Williams and Lolo Jones all competed for the Gold in Sochi as they were part of the USA Bobsled team. However, you have also seen them competing in the Summer Olympics running for the gold. How awesome is that? It is just as likely that one day, we may also see this type of scenario in the sport of Figure Skating and Hockey.

Hockey is a team sport, rooted in power and endurance whereas figure skating is usually individual with strong technical components wrapped in agility and entertainment. When you combine the two, that’s a perfect recipe for strength and power wrapped in beauty and elegance.

After eight years of figure skating, our Daughter made a bold request to start taking Hockey lessons. Although we were a little taken back at first, I am so glad that we supported in her decision to do both sports because they truly complement each other. What we learned is that the figure skating gives her a huge advantage with the skating ability in hockey and the hockey gives her the power and endurance she needs in figure skating.

It’s funny to hear her say figure skating is her first love but we can clearly see that she is falling in love with Hockey. Hence that is how she has become a “Figure Skating Hockey Player”.